GSAs With GLSEN Gaining Momentum Throughout the U.S. 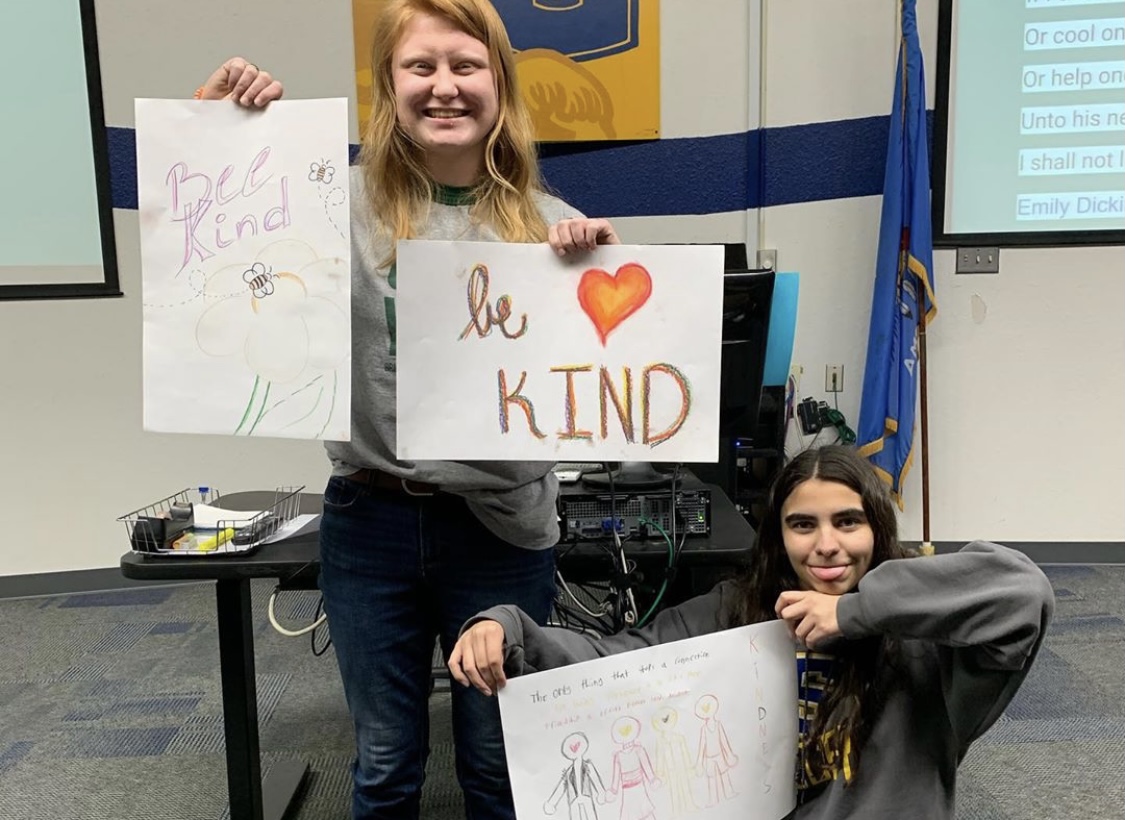 Cat Thomason remembers walking down the hall of Stillwater High School in Oklahoma as a ninth grader. She was pulled aside by the former vice president of the Gender-Sexuality Alliance, or GSA, because of her Rainbow heart and “love exists” pins on her backpack. Fast forward to Thomason’s senior year and she is now the president of GSA. She spends countless hours prepping for virtual advocacy meetings and setting up the club’s Google platform every week as a “virtual safe space” for LGBTQ+ students.

A GSA is a student-led club whose members discuss LGBTQ+ topics. These clubs recognize the diverse sexual and gender identities at their schools, and try to enhance the overall school climate through education and advocacy efforts. GSA meetings give LGBTQ+ students a safe space to meet and affirm one another.

Thomason considers herself blessed to have a strong support system within her family and friends that support her identity and beliefs.

“By being part of GSA, I am able to create that environment. Especially for kids who aren’t able to have that love and support from family members and friends,” Thomason said. “ It’s wonderful being able to help provide the education for students and teachers and even members in the community who are either under-educated or uneducated.”

Stillwater High School’s GSA is one of the thousands of school clubs registered with GLSEN, a nonprofit organization dedicated to the same mission as Thomason, to create an inclusive environment for LGBTQ+ students in schools across the United States, through advocacy efforts, inclusive education initiatives and research.

According to the CDC’s latest (2018) School Health Profiles Report, 40% of schools across the United State’s have GSAs. The number of clubs rose by 17% since 2008 and continues to rise. These findings coincided with GLSEN’s 2019 National Climate Survey. The survey found that about 60% of LGBTQ+ students attended a school that had a GSA or similar student club.

Once a GSA is registered, the club has access to resources on how to run an efficient club with webinars, movie watch parties, discussion guides for LGBTQ+ films like “Love, Simon” and discussion topics such as, “How can your GSA be a supportive and affirming area for students who have to stay closeted?”

Kristy Self, the Stillwater High School GSA sponsor, is proud that as a member of GLSEN’s National Educator Advisory Committee for the past three years she has the opportunity to look over and share her ideas before GLSEN releases new pamphlets or literature that schools can use to create a supportive environment for LGBTQ+ students.

“Sometimes you feel isolated. That’s why I think programs like GLSEN are so important because as GSA advisors and teachers from across the country we need those platforms and resources and support so we don’t feel like it’s just us in the fight,” Self said. “We’re doing this all together. ”

GSA members and sponsors also have access to the GLSEN calendar, which includes GLSEN Day of Silence in April, Solidarity Week in October and No Name Calling Week taking place this upcoming January. Self said that the calendar was the most useful resource as a GSA advisor.

Although thousands of GSAs are registered with GLSEN, GLSEN says so much work still needs to be done. Less than half of the students who said they are in their schools’ GSA and responded to the GLSEN National Climate Survey actively participate.

GLSEN cites many reasons for this: Students may feel discouraged from attending because they are concerned with being outed when they are not ready, they’re afraid of what their peers might think, or they have scheduling conflicts.

Jack McManus, a former member of Mid Pacific Institute’s GSA in Hawaii, joined his club in 2012. He also experienced such issues in high school. Now 22-years-old, he looks back at his time and remembers not being the most active member, afraid of his identity being labeled. But McManus said that in the back of his mind, he knew that when he did decide to come out he was in a safe space where he would be accepted.

“I do think that being in GSA was like a dipping of my toe into what it’s like if I did talk about this part of me,” McManus said. “Like what if I did let myself be vulnerable even though I didn’t take advantage of it in GSA, but I was there and thinking about it. It was a step in my journey that I don’t acknowledge with myself enough.”

Other key findings in last year’s National Climate Survey are: about 20% of LGBTQ students had access to information about LGBTQ+ related topics in their textbooks and 8.2% reported having received LGBTQ+ inclusive sex education at school. Finally, about one-tenth of LGBTQ students reported that their schools had official policies or guidelines to support transgender or nonbinary students.

“It was really important to create a community so students felt like they were part of something even bigger,” Self said. “It’s just a really cool opportunity that GLSEN provides for GSA sponsors and students to use their materials, to use their ideas in order to think about ways that we can create a more positive atmosphere through those activities in our schools.”