The Show Goes On for a Hawaii Nonprofit Theater 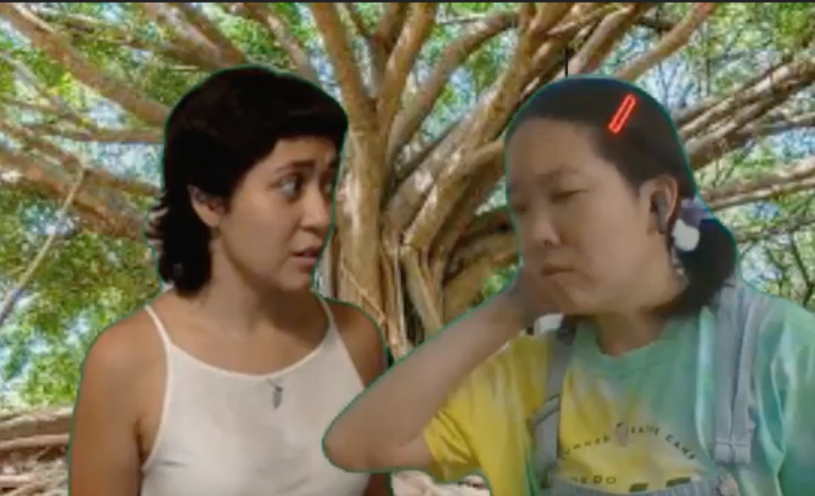 Although the pandemic has shut down the lights of Broadway, the show must go on for the Hawai‘i playhouse of Kumu Kahua Theater for its 50th season.

Kumu Kahua is a nonprofit theater founded in 1971 dedicated to telling stories about life in the Hawaiian islands and its melting pot of different cultures. The Hawaiian words, “Kumu Kahua” translate to “original stage.”

For its 2020-2021 season, the theater is promising five new plays written by and about the people of Hawai‘i, each one devoted to a different era in history, starting with the ’70s. The first two plays, “Lovey Lee” and “Aloha Attire,” were set in the ’80s, and streamed to an online audience via Youtube.

Kumu Kahua’s most recent play, “Aloha Attire,” was written by playwright Lee Cataluna specifically to be streamed online. The play tells the story and history of a Hawaiian family through their local clothing, like the mu’u mu’u (loose dress) and gold-dipped maile leaf pendants.

With this streaming platform comes the opportunity to share Hawai‘i stories nationally. Though local, Kumu Kahua plays have universal messages and are relatable to viewers no matter where they are. They often deal with family relationships, relevant issues and finding acceptance within oneself.

“We have a bunch of people from all over the world who have Hawai‘i connections who are so happy to be able to see a play about the world they came from even if they are not living here anymore,” said R. Kevin Doyle, the play’s director and former president of Kumu Kahua’s Board of Directors.

The actual playhouse can hold only 100 people, but because the show was streamed, more than 3,000 people watched “Aloha Attire” from the safety of their homes around the country during the show’s run, according to Doyle.

Instead of directing the play to be an exact replica of a traditional staged production, Doyle looked at the strengths of using the Zoom videotelephone service, essentially guiding the nine actors from their very own miniature stages at home.

The biggest challenge was discovering everything he didn’t know about the technical side of production and theater even after his 27 years working with Kumu Kahua. His strong suit is directing actors on a stage, but through this experience, he learned to master camera operating, green screen operating and lighting so he could communicate what he wanted to his actors. He said it was a humbling experience learning with his production team and actors.

For this production, safety precautions were in full effect. No one was physically together throughout the entire process. Kumu Kahua’s Digital Engineer Veronica Vera utilized a studio-quality mixing program called OBS to put the actors on Zoom into the same frames.

“When you’re working in a zoom environment you’re essentially working in a two-dimensional space so the psychological leap between thinking in 3D and 2D was challenging,” Doyle said. “You’re designing your set the way you would in layers, like in page layout or photoshop layers.”

Ryan Okinaka, an actor in “Aloha Attire,” auditioned for this play not realizing what he was signing up for. Not only was he acting, he had to set up his green screen, do his own hair/makeup and control lighting throughout his scenes—essentially doing the job of an entire production team by himself.

However, his biggest struggle was translating his character and scene partner’s connection to the audience and transporting himself into his character’s shoes, especially since there was so no set and he was alone.

Okinaka put tape around his home to establish his eye line to his scene partner. He said this enhanced his ability to listen to the other actors and make their reactions and connections more realistic because he used his imagination.

“Before my scenes I closed my eyes and pictured where I was, like what does my surroundings smell and feel like and how do I physically enter the space before I’m on screen,” Okinaka said. “I did as best as I can, psychology visualizing what this world looks like. I open my eyes and all I see are my laptop and green screen.”

When asked, Okinaka said that despite these challenges, he is going to continue doing “Zoom Theater” with the goal of spreading aloha and sharing the stories of Hawaii playwrights.

“I never would’ve wanted to live during a pandemic, but the silver lining is that it’s a really thrilling time to be creating live performances using new mediums, challenges and issues relevant to our daily lives,” Doyle said.

The rest of the 50th season will be streamed virtually if conditions in Hawaii remain the same, according to Doyle. Kumu Kahua’s upcoming plays streaming in 2021 are “Aloha Fry-day,” “Other: a Microstory” and “Untitled TMT Project,” all of which are world premieres by local Hawai’i playwrights.