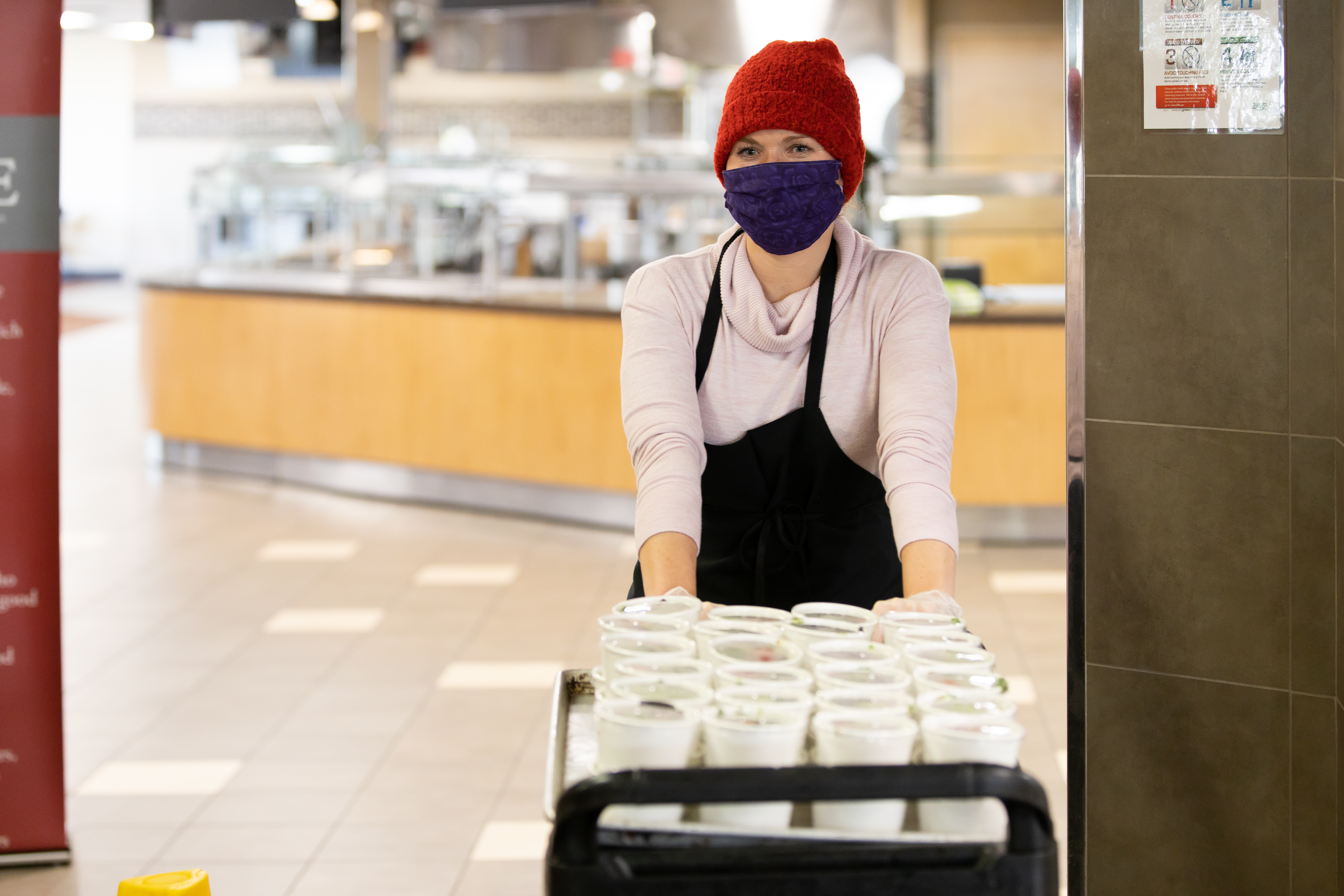 The Meals on Wheels network continues to worry about the lack of sufficient federal funding and COVID-19 relief aid to sustain the increase in demand for services, according to the national Meals on Wheels America.
This nationwide network of roughly 5,000 senior nutrition programs addresses the challenges of aging seniors by providing nutritious meals, friendly visits and safety checks to eligible at-risk seniors.

According to the national organization, nearly 9.7 million senior citizens were threatened by hunger, 2 million of whom were considered “very low food secure,” before the COVID-19 pandemic and recession. Meals on Wheels has aimed to close that gap by supporting more than 5,000 local, community-based senior nutrition programs that work to deliver meals and safety checks to more than 2 million seniors nationwide.

Now, however, Meals on Wheels America has found that nearly all local Meals on Wheels programs are experiencing financial strain and uncertainty while providing services to hundreds of thousands more seniors than before the pandemic hit in March. So the situation, never good, is now much worse.

In fact, an August press release from Meals on Wheels America said that local programs were by then serving an average of 77% more meals and 47% more seniors than they were in March.

Ellie Hollander, Meals on Wheels America’s president and CEO, said this is still the reality in November, months after that initial press release, but now many local programs worry after quickly going through CARES Act relief funds yet serving more seniors than before the pandemic.

Hollander said many programs already had existing waitlists to provide meals for seniors in need. Now, that need has more than doubled. “Those existing waiting lists were already mounting before the pandemic,” he said. “So we had a senior hunger epidemic in our country, and a senior social isolation epidemic that’s been hidden in our country for a long time. The pandemic really has accelerated these already existing issues.”

However, Meals on Wheels’ funding has never kept pace with the needs of its programs nationally, said Hollander. In fact, the network is serving 20 million fewer meals than in 2005 due to rising costs of food, supplies and transportation, while funding remained about the same year after year.

The network received $626 million in 2018 from the Older Americans Act (OAA), which is about 39% of the total funding for the organization. The other 61% of funding is received through state or local sources, or private donations from foundations or corporations.

Hollander said Meals on Wheels America advocates on Capitol Hill to raise federal funding for the OAA nutrition program— which is authorized through the ACL’s Administration on Aging grants based by states and local entities—by 10%. For now, however, the organization hopes the second round of COVID-19 relief aid (HEROES Act), introduced in the Senate, is passed in order to keep providing much needed funding to local programs.

Although 75% of programs have received federal aid funding of some sort, according to the August press release, most are still concerned about their ability to keep operating without continued relief funds which by now, have been nearly, if not completely depleted, according to Hollander.

Increased expenses including hiring more drivers (due to a decrease in volunteers), purchasing personal protection equipment, and increased costs of food and food preparation, Hollander said.

“We provided over 1,000 grants to about 600 programs totally nearly $29 million,” Hollander said. “But that’s not enough, you can go through that money pretty quickly if the need has more than doubled since all costs have exponentially increased.”

Charles Gehring, president and CEO of LifeCare Alliance, which operates the Meals on Wheels program in Columbus, Ohio, said his program has gained more than 3,000 new senior customers since the pandemic began. The Columbus program has been one of the few to not have a waiting list for low income seniors in need of a meal, Gehring said.

Gehring said the Columbus program has been able to operate in part through CARES Act relief funds, but that funds from foundations and personal donations have been integral to the continuation of the program through the pandemic. Now, the concern has shifted to what the program will do if no second round of federal COVID-19 relief funds are approved by Congress by early 2021.

“We’re the lifeline for a lot of seniors here,” Gehring said. “Agencies like us just don’t have the money to get to everybody unless there is some help. Between the community support and the CARES Act money, we’ve pieced it all together, but the CARES Act money is basically toast at this point, we’ve gone through all of it.”

July Ely, who has volunteered with Meals on Wheels in Columbus for 25 years, said she’s been delivering more meals on a weekly basis than before the pandemic, but hasn’t noticed a significant shift from how it used to operate. Rather, she’s concerned for seniors who might be experiencing loneliness due to staying indoors.

“Many of these people are extremely lonely, and they are lonely anyways because they live alone, most of the time Meals on Wheels is the highlight of their day,” Ely said. “Now it’s even worse because they’re not getting to see their families or going out to shop. I think it’s really sad because they’re suffering from being lonely.”

Ely emphasized that meal deliveries are more than just a meal, and that she feels she’s doing something meaningful when she gets to check on a senior, or at least speak with them whenever possible.

Hollander said despite all the worry and concern about the future, she stays optimistic and hopes Congress comes to an agreement to release another relief package that provides the robust funding for nutritional programs that help fund local programs like Meals on Wheels.

“I think that there is still going to be an increased number of seniors that we were serving prior to the pandemic,” Hollander said. “I’m not, however, easily deterred, I’m a little bold-headed, so if a certain approach doesn’t work don’t give up there’s got to be another one, let’s just keep trying and keep learning.”