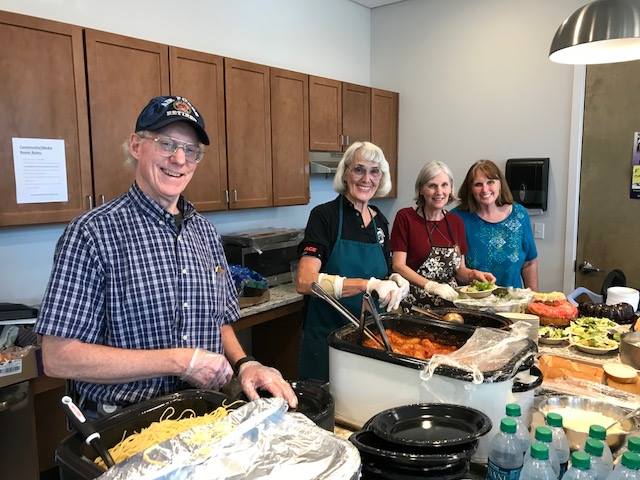 At a time when many fraternal organizations are reporting dwindling memberships, officials at the Chicago-based Elks say their organization has had a slight membership increase in the last two years.

James Nichelson, the Elks’ former national president, said the community projects that are carried out by the lodges throughout the country is helping them to reach out to people at local level and engage them in the organization’s mission.

Nichelson said, “We encourage lodge members to keep the community informed about their lodge’s charitable activities and youth programs. When people find out about various programs we carry out in local communities —feeding the hungry, veteran services, drug awareness and
charity among others – they see them and join.”

Meanwhile, the organization’s website reports that Lodge No.1588 in Ferndale, Michigan, has ebbed and flowed with the community. Like the city, right now, the Lodge is flowing. Membership has more than doubled since 2015, from 253 to 616. With an average age of 50, the lodge is the youngest in Michigan and the sixth youngest in the nation. Importantly, the lodge’s demographics reflect Ferndale’s diverse population.

Moreover, Nichelson feels, the reputation of the organization being co-ed and service oriented, as supposed to being social or fraternal in nature is helping them increase the organization’s membership. Today, the Elks’ membership is 750,000 members, an increase of 1-2% compared to the previous two years, he said. However, Elks membership is down over the long run; in 1976, for example, the Elks had more than 1.6 million members.

The Elks—officially the Benevolent and Protective Order of the Elks (BPOE) or, if you ask an Elk who likes dad jokes, “the Best People on Earth”—was founded in New York City in 1868. It is a national organization with nearly 1,750 chapters and 1,800 lodges located across the United States.

(While some other traditional service and fraternal organizations, such as the Lions Club, have had membership increases due to relatively quick expansion in countries worldwide, the Elks never wanted to do that. The Elks’ website says that its members, in addition to being invited to join, “must be an American citizen, believe in God, be of good moral character and be at least 21 years old.” The Elks did not admit women until 1995 and never even had official women’s auxiliaries like many other traditional men’s organizations. Dues are only $40-100 per year.)

Meanwhile, as part of Veterans Service Week celebrations, the Elks National Veterans Service Commission organized online programs and activities for the veterans for July 13-17. The main aim of the commission is to help homeless veterans, with a special focus on service to those in need. Moreover, numerous scholarships of various kinds are given out each year to the National Elks organization. Some other projects the Elks organization is involved in are sports events such as “Hoop Shots” for youth, Nichelson said.

Some of the Elks’ most important work has been in the area of trying to eliminate the use of illegal drugs by all members of society, especially children, by conducting drug awareness program across the United States. In 2019, the Elks Drug Awareness Program (DAP), the nation’s largest all-volunteer drug education group, has partnered with the federal Drug
Enforcement Administration (DEA) to launch a national anti-drug educational video “Teens React To Conversations With Survivors of Addition,” to shed light on the effects of drugs on teenagers.

Lodges up for sale

Like many other similar private benevolent clubs that reached their peak decades ago, the passage of time is taking its toll on the Elks. Many Elks clubs across the United States are up for sale and are bought by various business establishments for millions of dollars. However, Nichelson said the Elks buildings are not necessarily salable. “There isn’t a big market for old Elks buildings. Many of them are downtowns’ big facilities,” he pointed out.

On the question about reason behind lodges being sold, Nichelson said, “Aging membership is one of the main reasons. Each lodge has approximately 500 members. Finding new members is tough these days. When a lodge doesn’t recruit new members, it tends to lose its effectiveness and we lose them. Though we send representatives and try to help these lodges, it doesn’t help sometimes. However, we lose lodges, we gain lodges,” he asserted.

Like any other non-profit organization, the Elks too report being negatively impacted by the global pandemic. Nichelson says every lodge has been affected differently. While most lodges across the country had to cancel their fundraising events and other planned projects, the New Jersey State Elks Association lost as many as 75 members due to the global pandemic.

“Each state has different quarantine and lockdown rules. Respective State governors must determine if the lodge members can carryout activities in local communities. It is difficult for lodges to hold any events during this time,” said Nichelson.