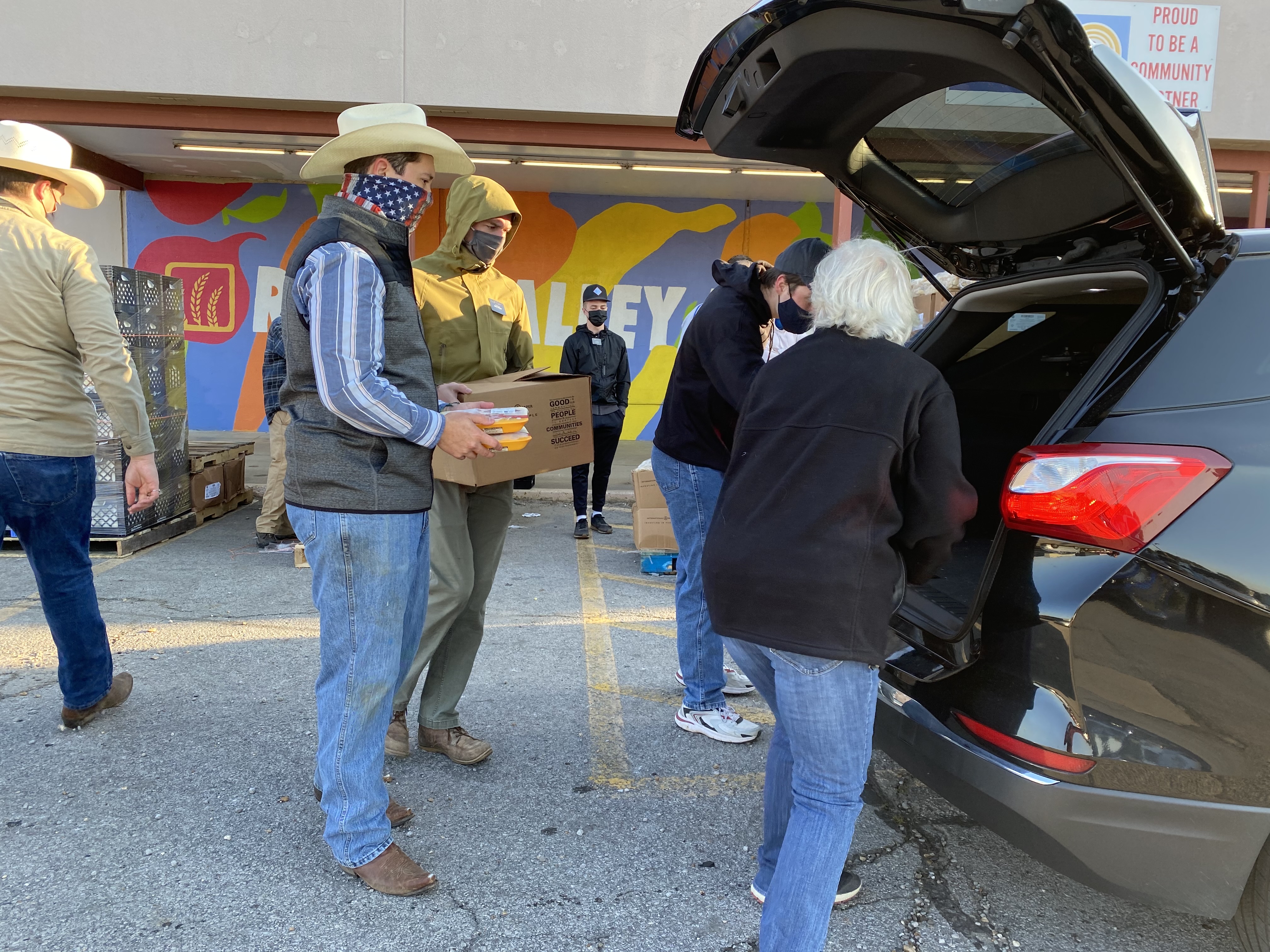 At one point during the COVID-19 pandemic, the National Guard was working in about half of Feeding America’s food banks to help offset the loss of volunteers. And while many at the national organization—a network of more than 200 food banks—are optimistic about recent rebounding, two thirds of Feeding America sites still are short on volunteers.

A shortage of volunteers would be an issue anytime for an organization normally serving about 50 million people, but as a result of record high unemployment rates, food insecurity rates skyrocketed. Fortunately, major and minor donors to Feeding America, which typically has the second highest annual revenues of any US nonprofit, stepped up to help financially.

“We were in a very fortunate position, many of our financial donors just continued to step up during what was really a crisis moment for us,” said Lauren Biedron, vice president of corporate partnerships of Feeding America.

When deciding how these donations are distributed, Biedron said that some partners come to them with an interest in a specific geography, such as areas that align with where they’re doing business. Otherwise, Feeding America uses its data to determine the areas of greatest need, which are often communities that face hunger at disproportionate rates.

The recent Suburu donation allowed Feeding America to create a COVID-19 response fund, used to support the network of 200 food banks. One food bank that received aid from the response fund was River Valley Regional Food Bank in Arkansas, the state with the second highest food insecurity rate in the country as of 2018.

Justin Bates, marketing and development coordinator for River Valley Regional Food Bank, said his food bank was not alone. In fact, “there are six Feeding America food banks in Arkansas and I know that all six of us have been beneficiaries of Feeding America support throughout this pandemic.”

Feeding America’s local food banks also work with a network of 60,000 partner agencies, including local shelters, food pantries and soup kitchens, to coordinate equal and sufficient distribution. With increased need and more donations during the COVID-19 pandemic, communication has been crucial to ensure that resources are shared and nothing goes to waste.

Again, however, one thing local food banks have not had in excess during the pandemic is volunteers. Volunteers typically help with anything from packing food boxes to helping run distributions. Staff at local food banks have had to pick up the extra work, in addition to the National Guard in some places.

“Annually, the Feeding America network relies on the support of about 2 million volunteers,” said Biedron. “And when the pandemic hit, because of local health restrictions, that labor force very much changed and shrunk overnight.”

For a small-staffed food bank like River Valley Regional Food Bank, volunteers are coming from within their own building. “When it came to Christmas and Thanksgiving when we were going up to really impoverished apartment complexes and things, we would actually take some of the staff from the other side of the building with us,” said Engel. “So all of the departments here are really good to help one another.”

Aside from going directly to apartment complexes, River Valley Regional Food Bank staff members were coordinating pop-up food pantries in more rural communities where local food pantries had been temporarily shut down due to the pandemic. They relied on Facebook and word of mouth to spread word of exactly where the pop-up food pantries would be and what time.

Engel said, “By the time we got there, the parking lot was full and it was people from other communities, which is our purpose.”