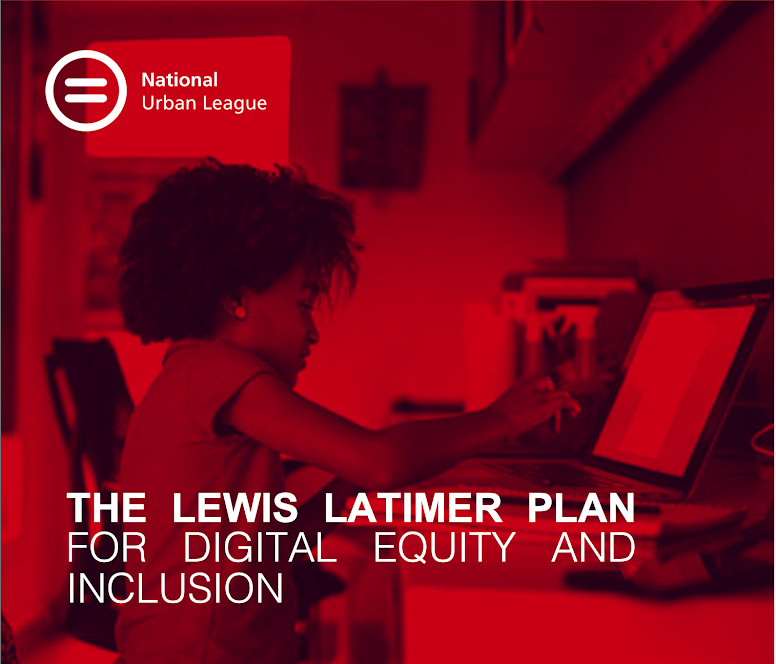 The National Urban League already has had conversations with “senior leaders in government” about its new plan, released in late January, to get broadband internet access to all Americans.

Broadband internet is a high-capacity transmission technique using a wide range of frequencies, which allows simultaneous communication of large amounts, and many types, of internet content.

The Urban League’s comprehensive report, The Lewis Latimer Plan for Digital Equity and Inclusion, addresses the continued and increased digital divide and those impacted. During the pandemic, many Americans lost access to broadband internet and relatively few gained it. “This disproportionately impacted African-Americans, people of color, those in rural America, and low-income families,” the NUL said.

Edward Smith, senior director of the Lewis Latimer Plan, says the digital divide has increased due to the “economic crisis,” left by COVID-19, “social and civil rights,” following the killing of George Floyd and the “political and civic crisis that we’ve seen with the extremely divided political climate that we have in America.”

“Not having access to broadband and not being able to afford broadband and then not be able to utilize broadband are going to have terrible, terrible consequences, far worse than they’ve had up until now,” Smith said. “And we’re seeing it already.”

Ongoing “digital divide” issues, “…have been recognized for a long time by policymakers, and scholars and experts as being extremely harmful from social economic health, educational and employment,” Smith said.

The Latimer Plan has “certainly sparked conversations and it started people talking through ideas and, and to be honest, the principal goal here is to create a more equitable and inclusive society,” Smith explained. “And so that’s our objective.”

The Urban League says “the Latimer plan addresses ‘the three A’s’—availability, adoption, and access to economic opportunities.” Furthermore, it explores five digital gaps: the availability gap, the adoption gap, the affordability gap, the access-to-economic-opportunity gap, and the utilization gap.

The availability gap covers the issue of people being unable access to broadband networks and various results on what happens in these situations. The adoption gap covers those who have not brought broadband into their homes and why.

The affordability gap explores the issue of millions of Americans not being able to afford broadband internet access. “Surveying indicates that the biggest reason by far that people don’t adopt is affordability,” Smith said. The utilization gap covers how people use digital platforms and the services on them. The access-to-economic-opportunity gap explains how opportunities through internet access are not equitably distributed through society, particularly Black and Brown communities.

“That is in recognition of the fact that the benefits and wealth creation that has been driven by this digital economy, that we have hundreds of billions of dollars of wealth creation, has been driven by the deployment of broadband networks,” Smith said. “And the internet economy that has come out of it, that the access to an opportunity to benefit from that has largely not been equitably shared,”

Through the Latimer plan, resolutions to each gap are proposed and four achievable goals are set: “Deploying networks everywhere, getting everyone connected, creating new economic opportunities to participate in the growth of the digital economy and using the networks to improve how we deliver essential services, in particular in workforce deployment, health care and education.”

Smith emphasized, “There are parts of the plan that address and look for solutions to all of those and recognize that today, when the internet is a major and, frankly, in our opinion, nearly indispensable medium for social interaction, and economic activity….We’re living in the future.”

Aside from the Lewis Latimer plan, the Urban League has engaged in telecommunications policies, studied and advocated for the digital divide for years.

Smith is not an Urban League employee but has worked in telecommunications policy for a “long time.” He said the “National Urban League has been an active player in working to make sure that technology and telecommunications are equitably, are being equitably availed of the people [so they] are able to access them and afford them regardless of their economic situation or their station or their race or their geography.”