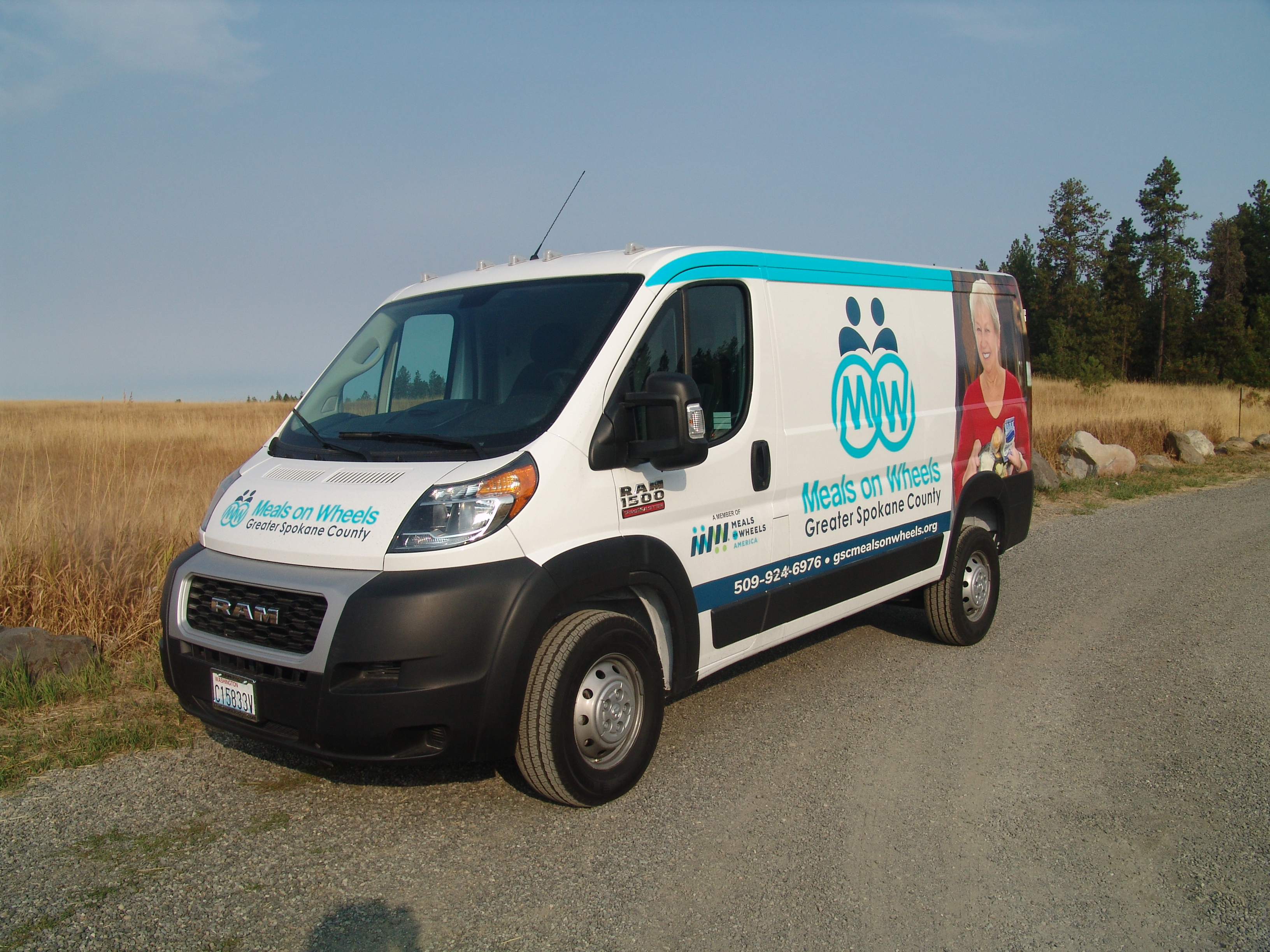 The American Rescue Plan Act passed by Congress and signed by President Joe Biden last month included $750 million for nutrition services, some of which will assist Meals on Wheels America continue its efforts to deliver food to the elderly in thousands of US communities.

Prior to the bill’s passage, Meals on Wheels was concerned about solving its funding needs as the COVID0-19 pandemic stretched out over a year and counting. Jenny Young, Vice President of Communications for Meals on Wheels America, said the national organization had previously been able to secure over $975 million in emergency funding from the government plus raise over $31 million in donations.

But, she said, there was still concern about sustainability, since seniors needing meals during the pandemic will still need them after it. “Even before COVID funding hadn’t kept up with the pace of the need,” Young said.

(Normally Meals on Wheels locally offer food delivery to homebound seniors who do not have others to rely on for necessities. A volunteer personally delivers the meal and socializes with the individual as well. Once the pandemic began taking a toll, these homebound seniors were also the ones at largest risk.)

Young recounted that when the pandemic hit, “We saw a huge surge in the need because seniors that weren’t homebound prior to COVID are now realizing, ‘I’m high risk, I need to stay at home as advised. But that means that I don’t have the support I need for just basic necessities.’ So while we were attempting to pivot our model, we were seeing our… local programs phones were ringing off the hook.”

From that point, Young said, not only was there a need to quickly adapt to a new system of delivering meals but to do so at a larger scale as well.

Fortunately, Young said, the pandemic shined a spotlight on Meals on Wheels specifically because of social isolation, because everyone felt the ripple effects of that through different stages of lockdowns. For example, on Inauguration Day (January 20), a meme, consisting of a photo of Sen. Bernie Sanders (I-VT) attending the event, went viral and Sanders began selling sweatshirts that became extremely popular. All of the proceeds went to Meals on Wheels Vermont, according to Sanders’ official website.

Young said, “Using this COVID sort of microphone that has thrust us in the spotlight because we’re so needed at this time, which a lot of a lot of nonprofits are really suffering at this time because of COVID and not expected to survive and we just happen to do something that was super relevant to the crisis at hand. So like how do we continue that momentum.”

Details from local Meals on Wheels organizations around the country show local situations on the ground. For example, at the Meals on Wheels of Chicago, Executive Director Elise Geiger said that in March 2020 the meals her organization provided increased by 67% essentially overnight, serving 10,400 people a month.

“And so what we found though with COVID is that the senior centers closed,” Geiger said. “So those people were transferred over to home delivery. Of course families couldn’t get to their loved ones to help them where they typically would be supportive. And then, the typical home delivered meal program also increased because no longer could people sometimes go to the grocery stores.”

“I think it’s been a little bit of a blessing that we have had a contracted delivery service and meal provider because…we didn’t have to suffer the absence of volunteerism, as some other people in different Meals on Wheels that I read. So I feel like that may be something that is a strategy to add in for other markets and I’m curious about that,” Geiger said.

Geiger said her organization focused on receiving grants from Meals on Wheels America, which is how funds are allocated to the local programs.

“We had to do away with our in-person event fundraisers, which took a hit so we concentrated a lot on grants,” Geiger said. “(We saw a) large increase in kind donations of food and hand sanitizer, masks and so on. And then, individual giving increased quite a bit as well.”

Janet Dixon, Director of Development and Communications for the Greater Spokane County (Wash.) Meals on Wheels, said that her program doubled the meals they were providing a month by October 2020, and now serve27,000 meals a month including frozen meals prepared for weekends.

In Greater Spokane County, Meals on Wheels relies heavily on volunteers. The nonprofit had to retrain all of its volunteers because of COVID restrictions.

“Our volunteers are very close with their clients. You know, they go into their home, they talk to them about their grandkids, what they’re doing and that couldn’t happen anymore,” Dixon said. “You can’t go into the house so we had to retrain all of our volunteers to wear masks, make sure that they’re sanitizing coming and going.”

The need for volunteers increased drastically as result of doubling the food delivered. Dixon said that many of their volunteers suspended their work because they were above 65 years old and at risk themselves.

“So we’re down, probably 150 volunteers,” Dixon said. “And those meals have to be delivered. It’s not like you can just say ‘well you’ll have to wait.’ No. So we desperately need people. We need people in every single neighborhood so whatever neighborhood you live in, we’re working in.”

Young said that programs began shifting to provide frozen meals once or twice a week to limit the interaction between volunteers and clients, but then the social interaction need that Meals on Wheels usually provides is limited.

Some programs, including Dixon’s, began a volunteer program where clients would have a telephone call with a volunteer.

Young said, “So a lot of programs have shifted to doing like telephone reassurance type programs so volunteers that didn’t feel comfortable delivering meals anymore because of the risks of COVID we’re shifting to calling these people on a daily basis just check in connect, talk about nothing even or to check in on well-being so that’s been a very popular shift that we’ve seen to fill those gaps.”

Dixon said that her organization’s services go even beyond food delivery and social interaction. Greater Spokane County Meals on Wheels is also continuing to advocate for homebound seniors to make sure seniors have access to testing and vaccination registration, since many seniors do not have Internet or cellphone services and can’t stand in line for hours to be seen.