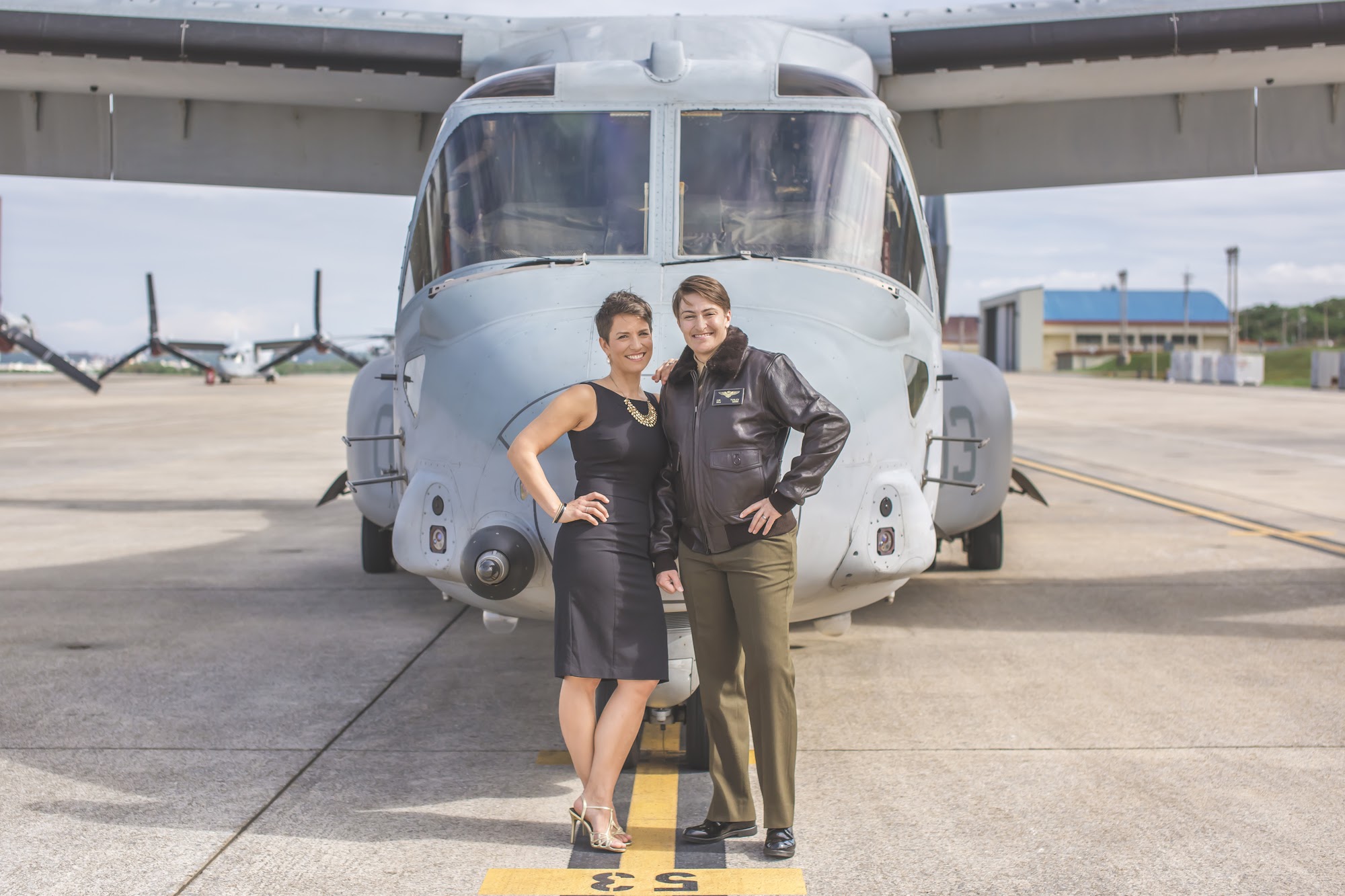 A military couple poses in front of an aircraft. // Photo courtesy of Stephen Peters, MMAA communications and marketing director.

Fifteen months after the May 2019 merger of Outserve-SDLN and the American Military Partner Association to form the Modern Military Association of America (MMAA), the new organization has seized its role as the most comprehensive and largest nonprofit organization supporting the USA’s LGBTQ service members, families and veterans.

The two organizations had similarities and differences: AMPA, founded in 2009 and formerly called the Campaign for Military Partners, was an all volunteer organization. Outserve-SDLN, itself the product of a 2012 merger, had a paid staff.

“While OutServe-SLDN focused mainly on veterans and people in service, AMPA focused mainly on spouses and families,” said Peter Perkowski, legal and policy director of MMAA. “As a combined organization, we now serve veterans, people in service or wanting to serve, and families and spouses.” The merger brought the entire LGBTQ military community under one roof, he said, although there are a few other specialized national military LGBTQ organizations. Both organizations already were headquartered in Washington, D.C.

MMAA now has 19 staff and board members, who are helped by more than 200 volunteers and 85,000 members and supporters. Since their launches, MMAA and its predecessor organizations have helped more than 12,500 legal clients.

The LGBTQ military community has faced distrimination in the U.S. for decades due to policies like Clinton’s “Don’t Ask Don’t Tell” blueprint instituted in 1994 and Trump’s reinstatement of the transgender military ban in 2019.

“Our mission really is to work for equal service, equal benefits and equal treatment,” Perkowski said. “That hasn’t been true and still isn’t true for service members, veterans and families.”

“The ban is insidious discrimination against a qualified population based solely on gender identity,” Perkowski said. “That is squarely within our mission to address, and it’s important that this barrier be removed so qualified individuals can serve on the same footing as cisgender people.”

Perkowski said that MMAA is also assisting and advising transgender people who are currently serving in the military, as well as those who are planning to join. MMAA provides pro-bono legal help to LGBTQ service members, families and veterans in need. Perkowski emphasized that there are a lot of LGBTQ veterans who were dishonorably discharged under previous discriminatory policies – “Don’t Ask Don’t Tell” and earlier policies
that completely prohibit LGBTQ persons from serving in the U.S. military.

“We have a program to restore the dignity of their service by upgrading their discharge,” Perkowski said. “It allows them to access benefits that they might not normally be entitled to, so that’s very important.”

A discharge upgrade would allow someone with a previous “dishonorable discharge” to access veteran benefits such as disability compensation, free or low-cost medical care, or counseling.

JoAnna Michaels, a transgender Airforce veteran, received legal assistance from Perkowski and Outserve-SLDN (now MMAA) in 2015. Michaels, who served during the war in Vietnam, was hoping to fix her DD 214 form years later so that it stated her correct name.

A DD 214 form is given by the U.S. Defense Department to veteran identifying their conditions of discharge. This form also contains the information needed to verify if a veteran qualifies for military service benefits and membership in veteran organizations.

In Michaels’ case, her form stated she had received an honorable discharge, but her name was incorrect.

“I was interested in getting my DD 214 [to state that] I was Joanna Michaels and not somebody else,” she said.

With help from Perkowski and Outserve-SLDN, Michaels’ DD 214 form was approved with her correct name a year later.

“He (Perkowski) got my information and took care of it,” Michaels said. “The next thing I heard was that my DD 214 was approved and it was sent out to me.”

Aside from pro-bono legal services, the MMAA also provides educational and training programs.

“The program is offered to any organization that offers services to veterans,” Perkowsi said. “That would include the VA (United States Department of Veteran Affairs), hospitals and other veterans service organizations.”

According to MMAA’s website, “The goal of the Rainbow Shield program is to end negative experiences in service and advocacy settings based on sexual orientation, gender identity and serostatus for service members, veterans and their families.”

MMAA can be found on Facebook, Instagram, Twitter and LinkedIn, but they also use their magazine to help promote their work. To learn more, visit modernmilitary.org.