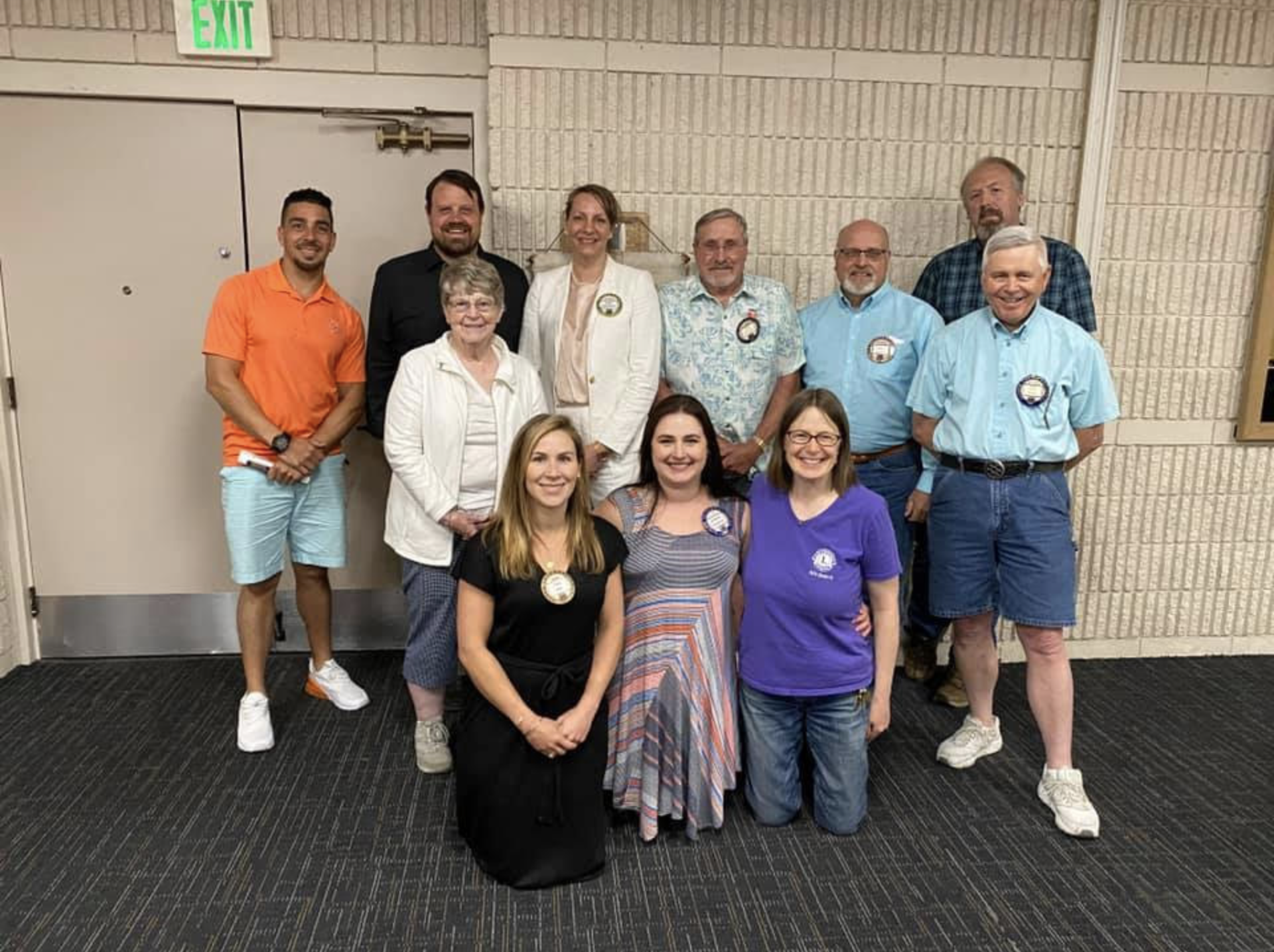 Americans will never know even how many individuals, nonprofits, corporations, and government agencies—let alone all of their names—that volunteered or donated to help the U.S. public through the COVID-19 pandemic and resulting recession. So many jumped in, without being asked and without taking credit.

Around the country, one such organization was Lions Clubs International. The Illinois-based nonprofit is familiar to people around the globe for its Sight-first project, which helps to restore, improve, and preserve vision of millions worldwide. In the last 30 years, the Lions Club (motto: “We Serve”) has built 1,351 eye centers and performed 9.6 million cataract (lens replacement) surgeries in various countries. Founded in 1917, Lions has 1.4 million members in 48,000 clubs in almost every country.

Although the parent organization has set its focus on projects like Sight first and Diabetes on a global scale, local Lions Clubs are free to implement service projects of their choice as long as they are feasible.

Under President Tara Lew, who finished her tenure at the end of June, the Moscow (Idaho) Central Lions Club implemented a service project where its members distributed masks, care packages, and sanitizer bottles in downtown Moscow right after the town registered its first case last June. (Moscow is in northwestern Idaho, about 90 miles south of Spokane, Wash.)

Despite such preventive measures by the Lions Club and many other agencies, organizations, corporations, and individuals—including the University of Idaho—the city of Moscow registered 3,052 positive cases and 12 deaths to date.

The Moscow Central Lions Club was not only ramping up its help to others, but faced a host of its own operational issues over the last 15 months, forcing it to make quite a few changes.

“Pandemic pushed us into unprecedented circumstances. Non-profit service in the last 12 months had tons of limitations attached to it. It was tough having gotten used to our old methods,” said Lew, who also heads the club’s foundation. “But we were forced to adapt due to the shortage of volunteers, no in-person meetings, and other challenges pandemic threw at us.“

On top of their COVID-19 service projects, Moscow Lions Club members also moved forward with the organization’s signature service projects. Providing eyeglasses, eye screenings, and hearing aids to the community members has been a project of top priority for the Moscow-based local NPO before and during the pandemic.

Lew explained the relationship between the international Lions headquarters and local clubs such as Moscow’s. “With respect to what projects we are working on locally, you know we can do whatever we want,” she said. “There is no one telling us like you need to be doing this or that. We take on projects that we want to help with.”

The Moscow Central Lions Club has carried out several local projects based on community requirements. It has partnered with Habitat for Humanity, a nonprofit organization based in Atlanta, to build needed wheel chair ramps.

“We do service projects like highway and park cleanups, but our biggest local project is installing ramps for those in need,” said Kelly Zakariasen, current president of the Moscow Central Lions Club. “We have partnered with the Palouse Habitat for humanity to build and install ramps at people’s private homes if they have a medical need where
they cannot go upstairs.”

In addition to its various community projects, the club offers $1500 college scholarships. Zakariasen said, “We give out four of those (scholarships) every year and more sometimes. But to receive the funding they must be from this community and should attend an in-state college.”

Although the Club is heavily invested in building ramps, it makes sure that Lions members spend enough time to bring the community together with activities such as triathlons, 5K races, and cleanups.

But despite their freedom with the special projects at local level, local Lions organizations are obliged to follow protocols laid down by the parent organization, and should emphasize in their communities the projects implemented at the global and national level, such as vision and diabetes.

Lew said, “There are certain protocols like emphasizing our projects to the community, electing officers before the deadlines, reporting our community service hours, and for prepaying our dues, but as far as local service projects go, it is totally up to us.”