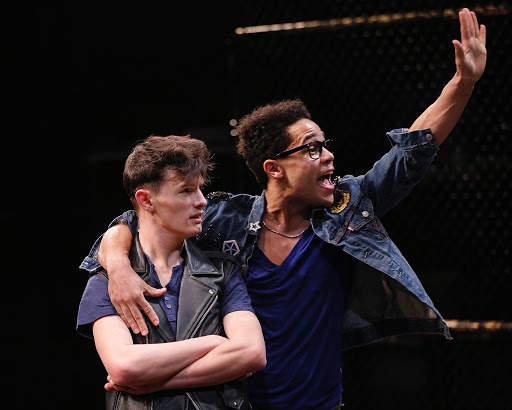 Despite the empty seats, closed curtains and locked doors, ACT Theatre in Seattle, Wash., continues the art of storytelling through its new digital
content, the ACTLocal Playwright Series.

ACT partnered with Trial and Error Productions to create ACTLocal – “A series of conversations and play readings shining a spotlight on local playwrights and the development of new, contemporary work.”

Seven events will each feature a different artist. The series, accessible through a Zoom link, launches on Thursday, August 20, and will feature two local actresses and playwrights, Keiko Green and Kirsten Potter.

Green and Potter will be interviewing each other, sharing stories and life experiences, as well as talking about their plays. Audience members will be welcomed to join the conversation and have opportunities to ask their own questions.

Due to COVID-19 health precautions and crowd restrictions, theatre companies around the world made the decision to cancel their 2020 seasons. As a result, many theatres have developed their own digital content.

John Langs, artistic director of ACT, wanted to create something that gave artists the time, space and resources to share their stories and experiences. But he also wanted audience members to feel connected to the artists, almost like they would during a live performance.

“The idea of a playwright conversation [became a chance to] get to know the artists and what they’re thinking about, particularly in this really incredible time,” Langs said. “They can also use that space to tell you about the stories they’re writing so that when we can gather again, you’ll have heard about and met these particular artists.”

Virtual seats to the series can be reserved online at acttheatre.org. The cost of attendance is free, but donations are gladly accepted.

ACT, a 501(c)(3) nonprofit organization, relies heavily on its revenues from ticket sales, rental fees and concessions. This year the theatre had to cancel its five-play mainstage season, as well as its 45th production of the beloved holiday classic, “A Christmas Carol.”

“60% of our budget in a normal year is through our earned revenue, which is our ticket sales and rental and concessions,” said Becky Witmer, managing director of ACT.

“There were additional programs scheduled during the season including our ACTLab program, which allows us to produce with community partners, and our Young Playwrights Program,” said Gail Benzler, marketing, sales and communication director of ACT.

A typical mainstage season at ACT consists of up to six plays, in addition to the annual production of “A Christmas Carol.”

“Going forward, we anticipate a season of five plays as we move to a fall-spring schedule next year,” said Benzler.

Over the last six years, ACT has averaged an audience of 95 thousand people. In 2017 and 2018 the theatre had total revenues of more than $7.3 million.

ACT along with other performing arts companies in the area received funding from the ArtsFund, Seattle Office of Arts and Culture, and 4Culture to help get through these tough times.

For Witmer, one of the hardest parts about canceling the season was the impact she knew it would have on jobs and livelihoods. ACT had to lay off 46 employees and is now working with a full-time and part-time staff of only 20 people.

“The hardest part for me was to have to lay off the majority of our staff and have so many artists and craftspeople out of work,” Witmer said. “Of course every theater across the country has been in the same position, but that has been really difficult and heartbreaking.”

Looking into the near future, ACT plans to release more digital content, much different from the Playwright Series. Its 45th annual production of “A Christmas Carol” is still in the works, but will take on a unique digital form.

“It is a holiday tradition for so many people and it’s been around for years,” Langs said. “People who saw it as kids have now brought their children, and now are bringing their grandchildren.”

Langs wants to invite community members to share their own stories about what “A Christmas Carol means to them. “I think the play will be framed, if not interrupted by stories of people who have come to ACT and seen it before,” he said.

Aside from just talking about art, Langs also wants to keep creating art at ACT. He plans to develop one of Keiko Green’s plays into a “highly fantastical entertaining digital event,” using green screen technology.

If there is a silver lining to the 2020 season cancelation, it’s that you don’t have to be in Seattle to access ACT’s new content.

“What we’re learning in this digital space is that it can go a long way beyond our quarantine, and really be about how to broaden and serve the larger community,” Langs said.