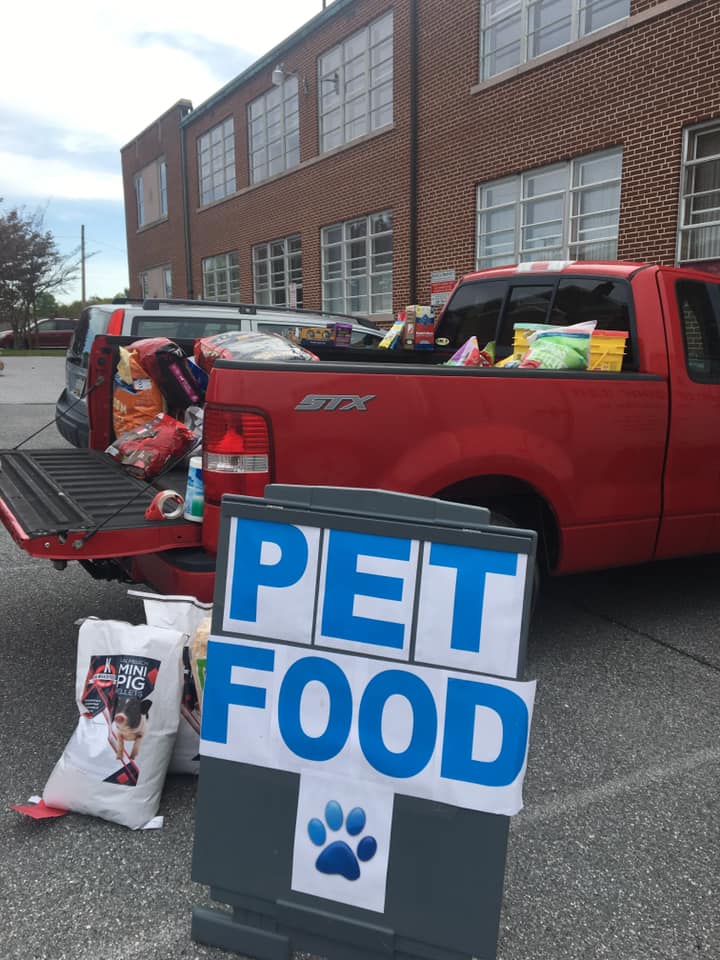 Karen Baker was ready for a challenge.
Baker, executive director of the Humane Society of Carroll County in Maryland, said that animal shelters “constantly prepare for disasters — its what we constantly do.” Animals shelters and humane societies like Bakers were not immune to the incredible disruptions of Covid-19. Like many other organizations, shelters adapted, in a rather short amount of time, to the day-to-day changes necessary to continue to operate. Most of them have weathered the initial storm, falling into their own new routines.

Now, turning an eye to the future, some are bracing for even greater challenges to come. Shelters across the country addressed the virus with different approaches. Some mirrored Baker’s tactic, which was to foster out as many animals as possible to limit the number of resources needed to sustain in-shelter care. Others, like the Humane Society of Greater Miami,
tried to maintain regular operations as much as possible, according to Executive Director Laurie Hoffman.

The intricacies of shelter operations made it difficult to put together a plan for work. While shelters faced their own unique circumstances and obligations, generally all of them had to figure out a way to continue adoptions, animal care, emergency care, community outreach, and other facets of the daily operation.

Akey to the shelter transformations was increased communication with their communities. Baker and Hoffman relied on social media to continue adoptions, fosters, fundraising and donations. Eric Rayvid, director of public relations and content marketing for Best Friends Animal Society, a national nonprofit dedicated to ending the killing in animal shelters, said he hopes that shelters maintain and increase their trust in the public in the future.

“The public response to animal shelters reaching out, from a fostering perspective early on — I hope is instilled in a lot of [shelters] that the public wants good things to happen to animals in their community.”

While the initial hurdles have been jumped, there may be a long stretch of obstacles ahead. Fundraising has been majorly disrupted. Many shelters rely on annual in-person events for donations. Even though some of these have been transitioned to a digital format, there has still been a significant dip in contributions.

This was a result of people tightening their pockets as the pandemic hit. Though, with a shaky national economic outlook, clouded in uncertainty, this problem may keep shelters on edge — like many organizations gauging the volatility of the future.

Rayvid said that some shelters will fare better than others. Shelters that are independent nonprofits, like Hoffman’s organization, may have an easier time securing grants and funding. Others that are a part of the local or municipal government, like Baker’s shelter, might have to rely on slower funding from local officials.

Organizations like Best Friends Animal Society, which has distributed $2 million in grant funding, are a crucial backstop for shelters. The Humane Society of the United States (HSUS) has released over $1 million in grants and the American Society for the Prevention of Cruelty to Animals (ASPCA) has committed over $7 million.

HSUS and ASPCA did not provide interviews for this reporting. While shelters fret over their financial footing, another possible conflict awaits in the wings — a large influx of animals back into the shelter system.

There are indicators that a storm may be brewing. There have been reported increases in animal adoptions nationally. There have been disruptions in the animal supply chain. There has been a rollback in spay and neuter services. There are people going back to work as the economy
opens back up. There is the prospect of an extended economic lull.

All of these variables make an increase in shelter volume possible. As shelters return to more normal operations, they may start to accept strays and surrenders that they were turning away initially. Since spay and neutering services were out of order in many places, there may be a general increase in the stray population. As people go back to work, there is the possibility of them no longer having time for the animals they adopted. If there is a sustained economic downturn, families may find in no longer economically feasible to take care of their animals.

Briana T. Mirchel, assistant professor of shelter medicines at Western University of Health Sciences, said that people are “holding their breath” to see how this issue plays out, and that the “ballooning” of shelter populations can be “overwhelming.”

“While services are slowly starting to open back up we are nowhere near the capacity we were prior to the pandemic,” said Mirchel. “Because of this, there is definitely a concern of the population ballooning especially as we roll into kitten season.”

It isn’t an issue that will catch shelters flat-footed. Baker and Hoffman said they both were anticipating a second wave or inflow of animals. Mirchel said that the best way to combat it is to increase volunteer efforts since staffing will be financially difficult.

“Volunteers, including fostering, will need to be ramped up until funding returns to bring on more paid staff,” said Mirchel. “The return to high volume spay/neuter will also be important especially for community cats.”

History may show hope. During the 2008 recession, there was a minimal impact on animal shelter populations. The bond between pet owners and their companions could help this dam from breaking, said Rayvid.

“That attachment can be a really strong bond,” said Rayvid. “People are going to do everything they can to not break it.”