After reshaping operations for COVID-19, Meals on Wheels waits for trickles of federal funding 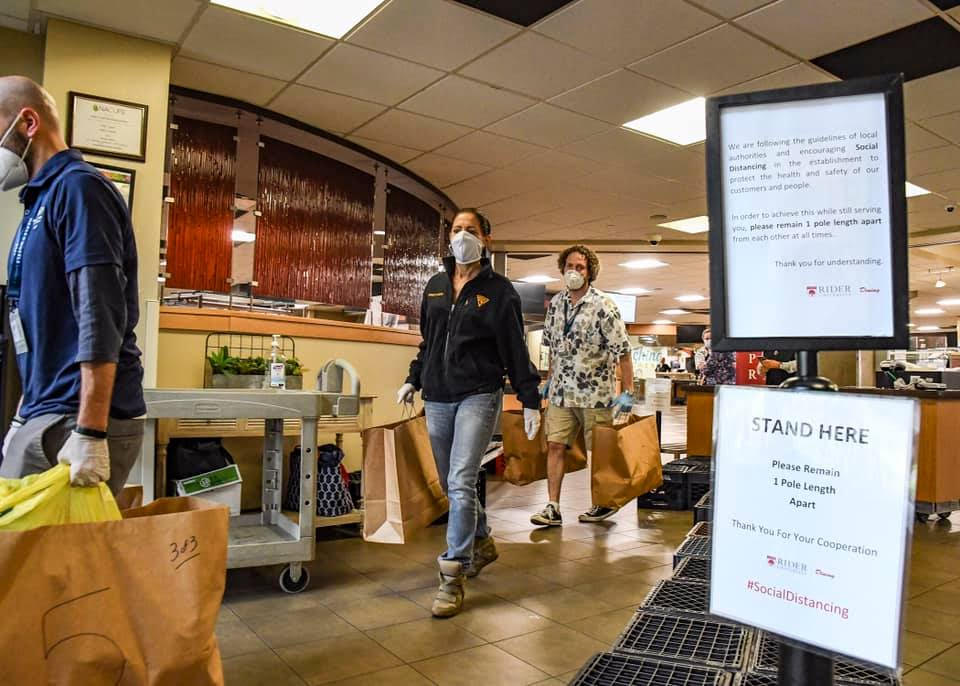 As COVID-19 began to grip nearly every facet of daily life, many nonprofits saw a sharp decline in the functionality of their organizations and missions. While resources shrunk, some organizations retreated to extremely limited action, with experts predicting a grim future for nonprofits after the effects of the virus are fully set in.

For some, though, the reality was different. For Meals on Wheels, a national meal home-delivery service dedicated to reaching the needs of seniors, the challenge was to meet a significant increase in demand while navigating many of the same restrictions other organizations had faced.

At the same time that the virus was causing a complete upheaval to the daily operations of the program, Meals on Wheels had to deliver to communities that sometimes had as much as three times the increase in need.

Meals on Wheels is comprised of more than 5,000 independently run local programs, and many of these turned to the national organization for guidance. Since the member programs have a significant amount of autonomy over how they operate, the most effective action was to
connect the local organizations to share ideas on how to respond to the crisis, according to Jenny Young, vice president of communications at Meals on Wheels America.

Young said that four out of five local programs had reported at least a doubling in demand for meals — a logistical battle for programs transforming their daily practices. The dilemma for Meals on Wheels was twofold — not only were the seniors it served particularly vulnerable to the ills of the virus but a majority of its volunteers were also 65 years
or older.

This pushed Sasa Olessi Montaño, the CEO of Meals on Wheels of Mercer County, New Jersey, to social media to recruit younger volunteers. “I very early on put out the call to get volunteers … immediately, and it was all social media,” said Montaño. Part of the plan was to attract college students who were home early from school. The daily delivery methods have also changed, with many local programs switching to no-contact delivery and more infrequent deliveries with frozen meals.

The value of Meals on Wheels, though, according to Montaño, is not only in the food it provides. An important aspect of the program is the socialization the seniors get with volunteers. In an effort to make sure that this continued, Montaño and other programs have encouraged older volunteers who were unable to deliver food to call seniors at their homes — this lead to what she said was a “life-saving” experience for one senior.

“One of our volunteers called their person … the woman is a diabetic and she told him, ‘I’m a diabetic, I’ve run out of my medication, it won’t come until [two more days] and my sugar is high,’” said Montaño. “Between the two of them, they figured out how to [get the prescription] and he went and got her the insulin. He saved her life.”

While the immediate challenges were difficult to work around, most local programs got through the initial shock, with no large national trend of programs shutting their doors, according to Young. For those that continue to operate, there are long-term issues on the horizon.One problem emerged out of the increased need for food delivery or donation services
after the virus hit. As more people became reliant on community programs to get their food, organizations that usually did not participate in food distribution or had limited food programs began to jump into that role or expand.

In some ways, this dynamic has been useful. Stephanie Archer-Smith, executive director of Meals on Wheels of Central Maryland, whose program serves a large urban area in Baltimore, said that other organizations moving in to help communities have aided in serving people that do
not fall under the purview of Meals on Wheels.

However, this influx of organizations may be saturating the market with food services with little coordination. In New York City alone, about 800 food pantries are available for those in need. Montaño, whose program covers residents in Trenton, New Jersey, has felt the frustration of this issue. In that city, a local YMCA that usually operates summer and after-school
food programs has opened 13 grab-and-go meal sites in response to the virus, showcasing the expansion of such services.

The worry, Montaño explained, is the long-term consequences of a loosely coordinated network of programs. If organizations begin to pull back from providing food once they can return to “normal” operations, it will leave outfits solely dedicated to food delivery to pick up the slack.
“As things start to resume for operation or opening up, they’re going to go back to their reason for being and who’s going to be left holding the bag?” asked Montaño.

The dynamic is also inefficient, said Montaño, leaving some with a surplus of resources, like milk, that could be needed elsewhere. In Trenton, a non-profit dedicated to driving down health care costs through community
partnerships, Trenton Health Team, has aggregated information about food pantries and meal services in the county. By the organization’s count, there are 85 such programs in and around the city.

Archer-Smith also questioned the sustainability of such a system, with some
organizations paying large amounts for caterers to provide food. The biggest issue, though, is financial. While Meals on Wheels America, the national organization, had been able to provide over $10 million in emergency funding to local programs by the end of May, there remains a need for immediate and continued stability.

The organization saw hope in the $750 million that the federal government signed into law for congregate, where seniors eat in one location, and home delivery nutrition services for older Americans. The reality has been less promising.

The federal government releases the funding to the states and counties, which have full authority on how to distribute the funding, leaving the organization’s emergency grants to the discretion of local officials.
Some states and counties run congregate feeding programs for seniors, presenting the dilemma of keeping funds for themselves or helping organizations like Meals on Wheels, which usually have a large presence in their communities and focus on home delivery.

In Montaño’s case, her program is the largest subsidized meal service in the county. From the Families First Coronavirus Response Act in mid-March, in which $250 million was released to states, Mercer County received just over $255,000 to support home-delivered and other nutrition supports for seniors. Of that money, Meals on Wheels of Mercer County was allocated
$32,000, according to Montaño.

“[The government] runs a congregate program and any resources that could have been lent to us, they were using themselves,” said Montaño.
Montaño is still awaiting the state’s allocation for the $500 million signed into law in the Coronavirus Aid, Relief, and Economic Security Act.
Meals on Wheels of Central Maryland would not specify the amount of money it received from the state. Archer-Smith said that while the funds have been helpful, they do not cover the costs for the program.

The concern over finances goes beyond the release of federal funding. Meals on Wheels relies heavily on private donations and philanthropy. The reality of a ravaged economy now and the prospects of a long-running decline may complicate the organization’s situation further.

“Is philanthropy going to change in the long term?” asked Young. “Because people don’t have as much to give. The economy itself is in a bad place. The major corporations that we have been relying on for all of this funding, that might change. The uncertainty puts everyone at risk.”